Most of us think that others can read our innate qualities at face value, that we don’t have to ‘sell’ ourselves or put ourselves too much ‘out there’ as this would be overdoing it.

Trying to be a teacher’s pet falls in the perceived category of overdoing it. But not so fast, maybe being on a teacher’s radar for good reasons has benefits that outweigh the possible ridicule of peers? And the term teacher’s pet may be unnecessarily negative?

We all want to be liked

Bregman in his book ‘Humankind’ describes man as “Homo Puppy”, a description intended to convey that we, humans, like to be nice and like others to be nice to us and that, in fact, we are a kind and gentle species at heart. Of course, you would say, everybody prefers a nice person over a less friendly one and this is obvious. But nevertheless, in an educational setting, students often remain at a polite and rather impersonal distance from their teachers and if classmates break this mould, they are likely to be mocked by their peers as being teachers’ pets.

But maybe students who aim to please their teachers and work to get into their good books, do something that is more much effective than it seems on the surface. Why? There are various forces at play. First, we tend to veer more towards people we think we know than to people we don’t. All of us will immediately walk towards a group of people we know at a party instead of talking to strangers. People we know and who are nice to us, lead us to a more favourable opinion of them and teachers are no exception with regards to their kinder pupils. Second, we all love people who make us feel and look good. – it is one of the key factors in our friendships – and pupils who are engaged, show interest in the lesson material, and ask genuine questions, make a teacher’s work rewarding. So, the pupil who is open a and friendly to a teacher may become the familiar student in the class and being engaging with the course material will add to the familiarity and liking. Unconsciously, those pupils will receive more of the teacher’s attention and praise during lessons and their performance may improve as a result. 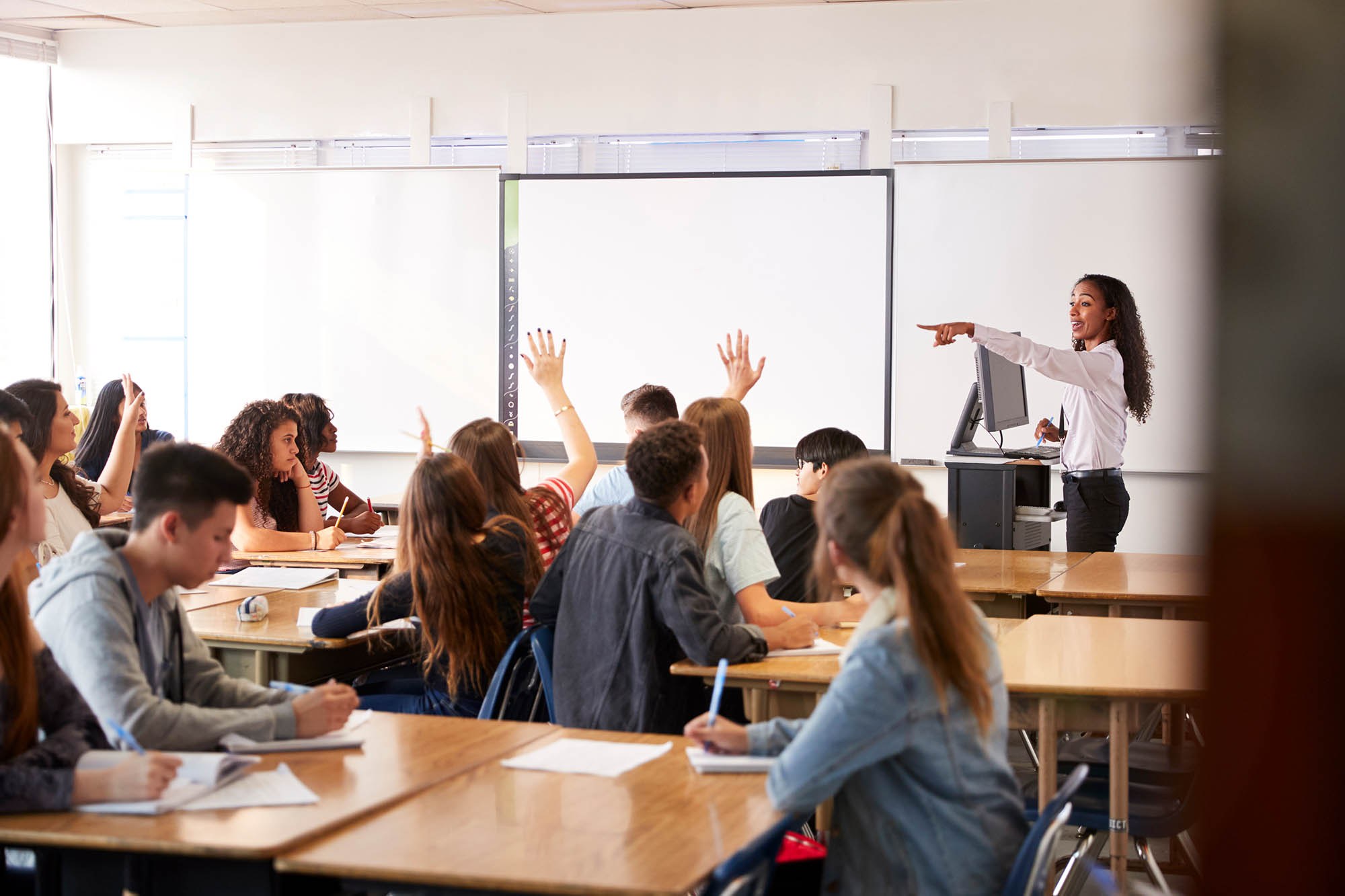 Liking and learning are closely connected. The positive interaction with teachers is fundamental to good learning. When teachers like their students, they will be more prone to helping them make progress and they will have better expectations of them, which in turn can lead to better educational outcomes. The wish to believe, or wishful thinking, is very powerful and simply put, we wish good things to those we like.

Living up to expectations

A famous Harvard experiment by the psychologist Rosenthal showed the effect of the wish to believe/expectations on actual performance. Rosenthal had two cages with rats in his lab. In front of one of the rat cages he put a sign ‘dull and dumb’ and in front of the second a sign ‘intelligent’. There was no difference at all between the rats. Rosenthal then asked a group of his students to make the ‘dumb’ and ‘intelligent’ rats walk through a specially designed maze. And oddly enough, the rats who were randomly (of course the students did not know this) selected as the ‘intelligent ones’ navigated the maze with more success and were out of it quicker. Rosenthal immediately asked himself the question that If rats performed better and became brighter when they were expected to, how would this affect pupils and their grades who were expected to be high performers by their teachers?

Rosenthal was invited to do an experiment with pupils of an elementary school in San Francisco. In this experiment, all teachers were told beforehand that their pupils would be sitting a special IQ test designed by the famous Harvard psychologist Dr Rosenthal himself. In reality this test was just a simple IQ test and once all the test results were in, Rosenthal and his team threw them away without even looking at them. Coins were then tossed to decide which pupils they would mention to teachers as having the ‘highest potential’. The students were not told anything at all. So, each teacher ended up having about 5 to 10 fictional ‘high potential’ pupils in their class.

The power of the teacher’s expectations of these pupils soon began to work its magic. The ‘smart’ students received more attention and more praise and began to see themselves in a more positive light too. They started to perform better and achieve better grades than their peers about whom nothing was said after the test. This is the Pygmalion effect; meaning that things we believe (like someone being clever) can become true indeed, effecting very real change. The pupils about whom the teachers were told that they were clever, had a better relationship with their teachers and a better performance, because of it.

Although the experiment is about 60 years old, the power of the Pygmalion effect is still widely acknowledged today. So, could pupils who are teachers’ pets be so clever that they implicitly apply it ? That by being engaged and interested and, not to forget kind, to their teachers, they appear cleverer and hence ultimately become so? A teacher’s pet could be a very clever clog indeed. How To Give A Good Presentation

To some people, presenting comes as second nature but for others, it’s a minefield US Universities: Going Beyond The ‘Brand’. Think What Works For You The Dos And Don’ts Of Exam Prep: From What To Eat To How To Chill

Whilst we’ve all been told at some stage in our life that vegetables are good for us, is the new thing about ‘brain foods’ actually legit? Why Reading Fiction Is Important. More Benefits Than You Would Think.

It’s fair to say we all struggle to find enough time to read. What, with all the work to stay on top of, social media, various extra-curricular commitments, keeping fit etc.